From the earliest evaluations into the Must Farm timber platform it was clear that this site was something rather unusual for the later Bronze Age in the Fens. The archaeology present was not only exceptionally preserved but, more importantly, exceptional in character. The material present was of a quality and style not traditionally encountered, not just on the edge of the Fens, but in the whole of the UK. However, it isn’t simply the quality of the artefacts that makes the site so fascinating: it is also their quantity.

Many later Bronze Age settlements in the UK have relatively small assemblages of material, certainly in comparison with Must Farm. Likewise many of the artefact types found at our site are seen as being particularly unusual. The number of glass beads found during the 2006 evaluation was far greater than expected from such a small investigation. Even more interesting is that their style and quality suggest potential central European origins.

Similar continental links can be seen in other artefact types, especially in the pottery assemblage. The Must Farm site has a very high ratio of finewares to coursewares which sits in direct contrast to the majority of local later Bronze Age sites. Many of the particularly fine, delicate vessels, such as the “poppy head” drinking cups, are comparable to ceramics found in France in the same period. 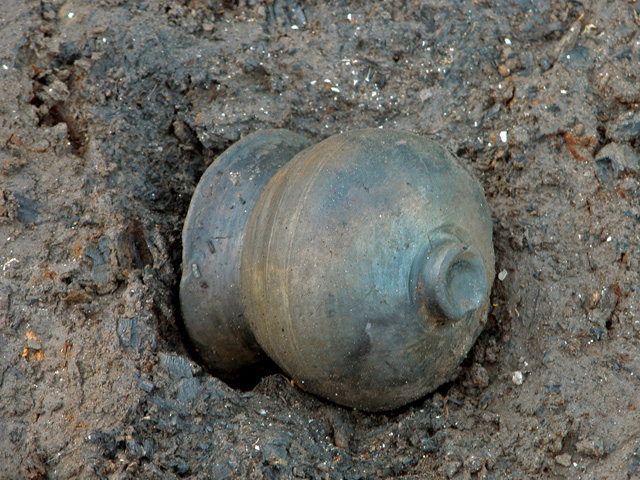 The swords from the site have a very similar metallurgical content to examples from northern Spain. However, this could be a consequence of the trade of raw materials as both copper and tin were exported overseas from mines within the UK. If the ore being used to manufacture metalwork was all from the same source it would explain this chemical similarity.

If some of the material from Must Farm is reminiscent of sites in the continent it makes sense to examine other pile dwellings from Europe and see if the architecture and site history matches the archaeology our settlement. We have been lucky enough to have Professor Francesco Menotti and Dr Ben Jennings from the University of Bradford visit the project who have worked extensively on similar sites across Europe. They noticed several key similarities between the timber platform and settlements in the Alpine region as well as others in Eastern Europe.

Both of these regions have remarkably similar pile dwellings located in wet environments during a similar period. In areas across Europe are sites where later Bronze Age people are constructing settlements in landscapes that are highly comparable with the Fens. It is also striking that as the Bronze Age finishes in both Europe and the Fens that these sites disappear. People then move away from the wetlands back to the drier landscapes that become the main locations for settlements in the subsequent Iron Age. 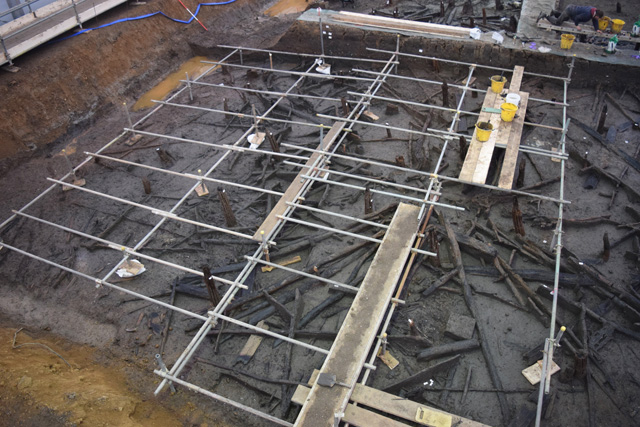 Perhaps the most interesting, and possibly important, connection between the continent and the timber platform is the presence of fire in the archaeological record. Many of the European settlements are found burnt in an eerily similar manner to the Must Farm site. Experimental archaeology has been done into how easy it is to set these kind of structures on fire, with exciting results. As the pile dwellings are usually constructed over water, much of the timber making up the architecture is constantly very damp, even in the drier seasons. Consequently it is exceptionally hard to burn them down and modern reconstructions have been very resistant to fire.

This resilience suggests the fire at the Must Farm site might not have been caused by something as simple as an errant spark from a fire. A strong theory with many of the continental examples is that the structures are intentionally burnt down, most probably by the people who lived there. When the building reaches the end of its natural lifespan, potentially as short as 18 years, it is set on fire. Given how difficult extensive maintenance on a pile dwelling would have been, it seems like a strong possibility. When this is coupled with how difficult it would have been to ignite the structure to begin with, it strongly implies it was an intentional event. 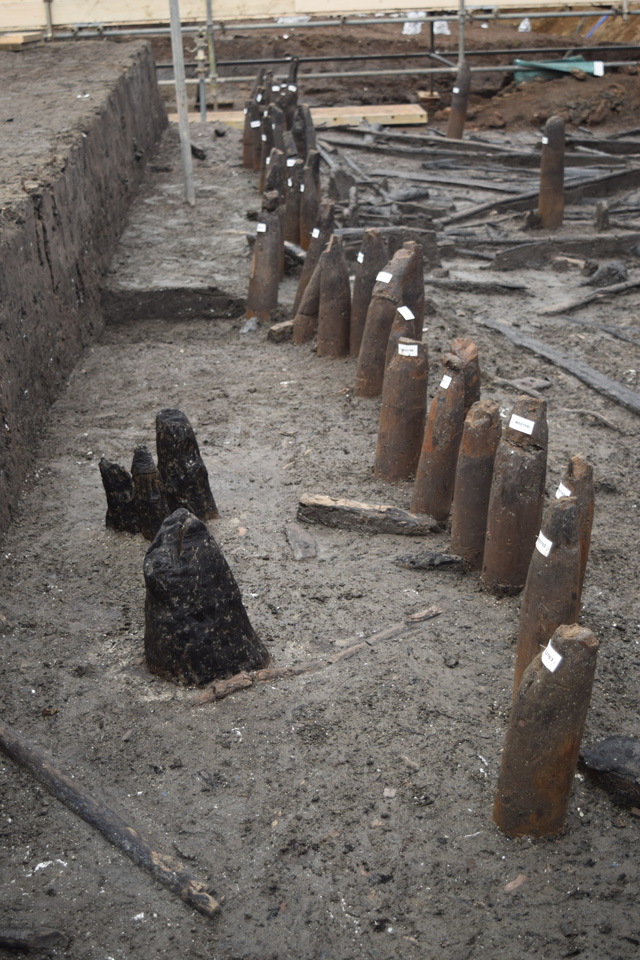 Another interesting comparison with the European evidence is that many of the settlements have a palisade enclosing them. It is common for these palisades to be made from different woods than the majority of the structural timbers, as is the case with Must Farm. While this could have a functional explanation it may also have an aesthetic element. Is it possible that the ash that makes up our palisade could have been selected as it was considered visually imposing or impressive?

Looking to the continent has given us a host of new questions to consider as we continue excavating. While there are definitely potential connections to Europe we have to be fairly cautious and ensure we are also focusing on the differences and availability of evidence. While it is certainly true that Must Farm has a different record to many other later Bronze Age settlements in the area, does this necessarily mean it is something other than a dwelling? We are really looking forward to seeing what new finds emerge over the next few months, especially as we begin to excavate the finds-rich cultural horizon.